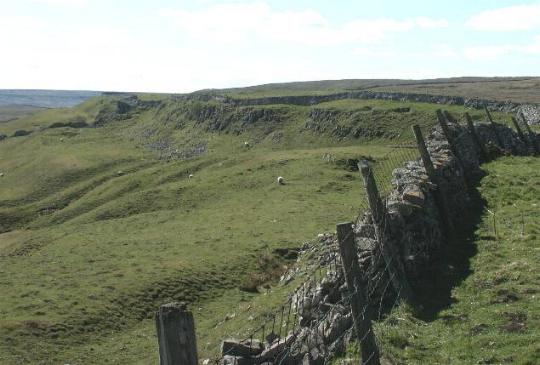 Tor Dyke can be seen traced by the full length of the wall seen in the picture, it extends the natural escarpment of Cam Head which can be seen to the far left. This view is from the eastern side looking west.

“Around AD70 the rebel Brigantian Chief Venutius built the ditch of Tor Dyke close to Great Whernside as part of a defence system against Roman invasion. Despite a hold on other areas, (including Ingleborough and Gregory Scar north of Grassington), Venutius and his forces were overcome by the Romans.” This reference was taken from one of Mike Harding’s walking guides. A site visit to Gregory Scar has been performed, and although it has been dubbed “Fort Gregory” by the Dales Park Authority it does not appear to be much more than a small, very unusual settlement.

Tor Dyke appears to have been attributed to Venutius which dates it of the period AD 52 – 70. The presence of a legionary size marching camp a few miles to the southwest at Malham certainly indicates an active role in the Roman advance of AD 70. However, given the lack of published research so far a clear picture has yet to emerge. 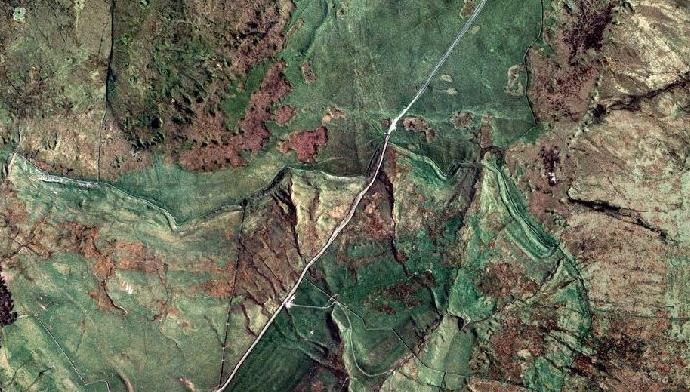 The above multimap air photo shows the much scale of Tor Dyke, it streatches almost the entire width of the photo. To the right, almost at the end of the visible works is the entrance shown in photo’s below.

The narrow road from Kettlewell to West Witton cuts right through Tor Dyke about 4 Km north of Kettlewell. Immediately after cutting through the dyke the grass verge by a cairn is good for parking. A clear footpath travels the whole length of the fortification. For the best effect, a climb up Great Whernside is not as hard as it looks. The site is always muddy and boggy, although the footpath in the main is free from serious boggy bits.

The area is strewn with shake holes, which are the remains of mining from later periods. In some cases these are very deep, have steep sides (usually conical) and are filled with water. 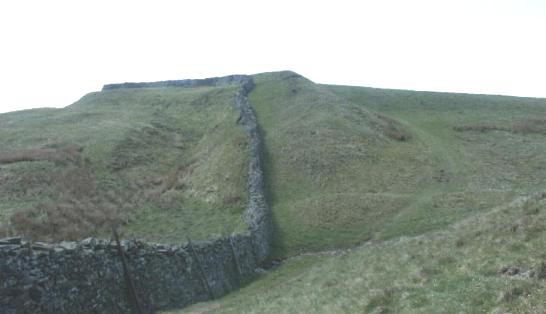 On the east side the main entrance is to be found. Way in from the south is to the left of the picture. 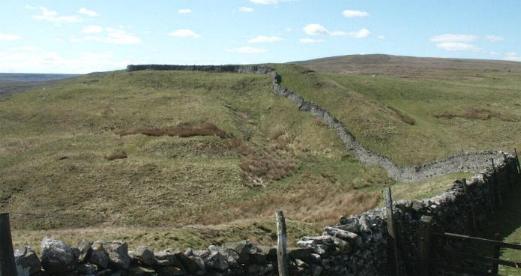 Another view of the entrance, to show possible aditional ditch heading south.

This view shows the eastern side of the defences, they follow the wall almost to the point where it takes a sharp left turn to head up Great Whernside. This is an obvious weak spot and it is possible that it had additional defensive works. 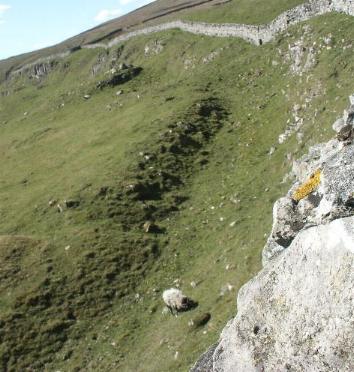 Following the rampart towards the western side, in places outer defencive ditches can still be seen to an approximate depth of 2m. This indicates a possible original depth of 6m. Width estimated at 6m.

1. Small enclosure located attached to rampart, needs to be investigated and mapped if in period.

2. Diagram of the fortification required.

3. More accurate sizing information for the rampart is required.

5. If this dyke defined a frontier, then other defences will have been required in parallel valleys to provide the required level of enclosure. Dykes of this sort will have been used to regulate frontier traffic with minimum manpower commitment.