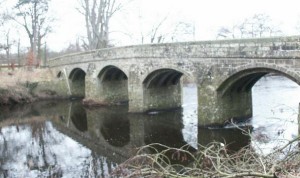 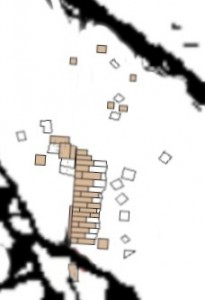 The ford is located some 150 metres upstream of the road bridge to Barnard Castle across the river Tees. It appears to cross the Tees at a diagonal to the river, joining the northern bank approximately at the point matching the location of the modern weir. A relatively large section of the ford is still visible, covering an area of approximately 10m by 3m. It is highly likely that more of the ford still survives, and is simply buried under the river deposited stones.