More than 2,000 years before the discovery and widespread use of Iron an unprecedented bout of monument building in the centre of Brigantia created the Britain’s largest religious monument complex, a place that has been suggested as being Britain’s religious capital during the Neolithic Period.

Whatever it was, these monuments were amongst the largest in Britain and will have been an important part of Brigantia’s cultural heritage. 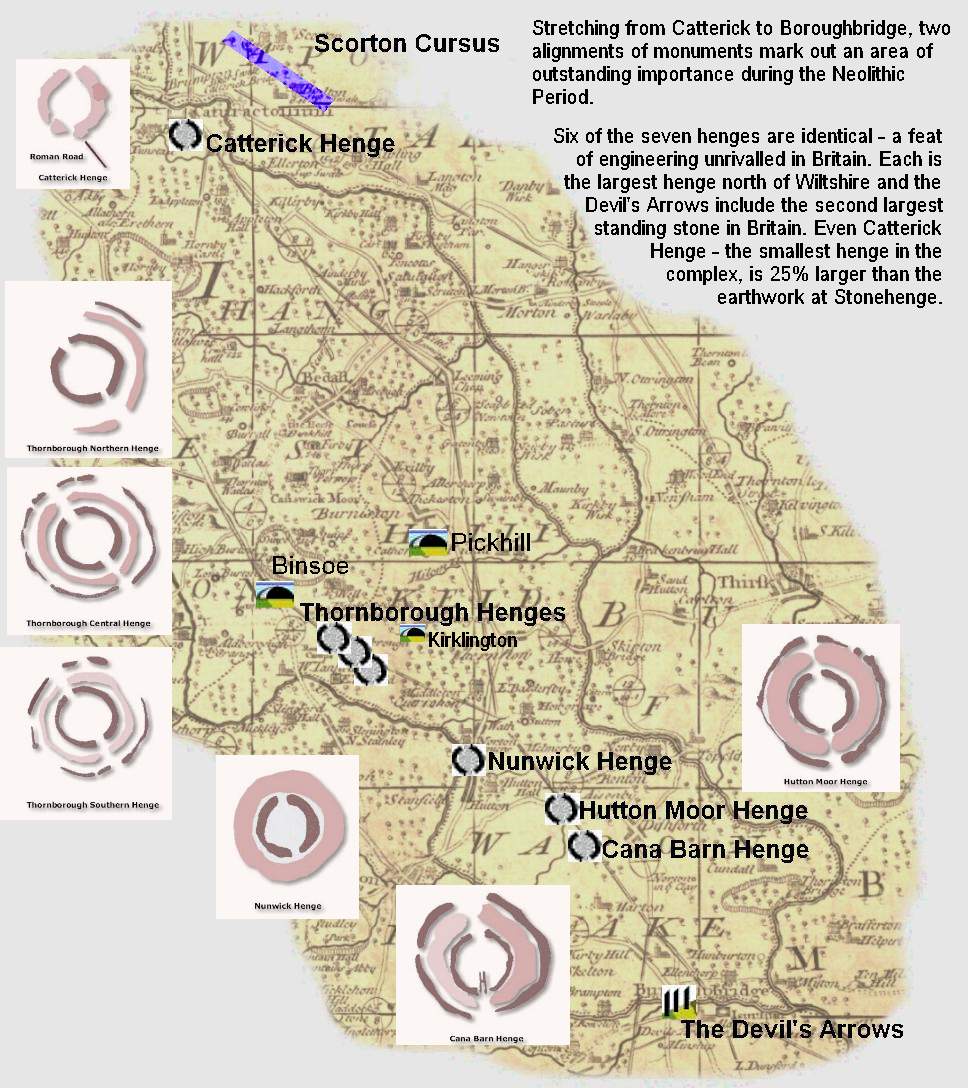 These are seen as the first communal ritual monuments ands clearly mark out an area that is interpreted as being “ceremonial ways” – places for processions. Cursuses often are associated with a number of funery monuments, as can be seen at Scorton – a number of barrows cluster round it. At Thornborough the cursus is close by a Neolithic mortuary enclosure – a place for the laying out of the dead prior to burial. The cursus monuments, though these have yet to be dated, are believed to date from around 3,500 BC.

These cursus monuments created within the area two sacred spaces that in many ways define the area of the “Sacred Vale” – each is associated with a river – Thornborough/Ure and Scorton/Swale – these two rivers join at Boroughbridge to create a clearly defined region that in later years was to become a very significant place.

Around 3,000 BC, the Sacred Vale was created. The critical locations of Thornborough, Boroughbridge and Scorton (via Catterick) were linked with two great alignments of henges. In all, at least six henges were built – The three at Thornborough, Catterick,  Hutton Moor, Nunwick and Cana Barn. Catterick was the smallest henge in the Vale at 100m in diameter yet this is still one of Britain’s largest henges. The three henges at Thornborough and those at Hutton and Cana were possibly as large as 300m in diameter originally and had an outer bank and inner segmented ditch that created multiple entrances, this created the largest concentration of henges in Britain and was the largest building project attempted during the Neolithic as far as we can tell.