Before the arrival of the Romans, West Yorkshire and much of the Pennine uplands were occupied by a loose association of tribes known as the Brigantes. The name seems to mean ‘the high one’, which is a suitable epithet for a group of people living in the more mountainous regions of Britain. In East Yorkshire, their neighbours were another tribe called the Parisii, who appear to have had connections with the Seine valley. This accounts for the similarity of their name to that of the capital of modern France. 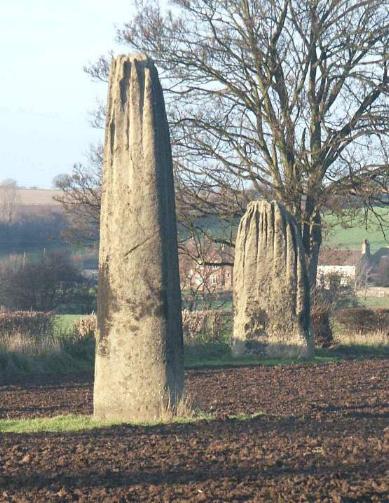 Historians know little about the Brigantes before the arrival of the Romans. Presumably their ruler at the time was one of those who surrendered to Claudius at Colchester in AD 43, but they are not mentioned by name. By the early 50s AD they were being ruled by Queen Cartimandua. She lost her control of the tribe in AD 69, following an uprising led by her ex-husband Venutius. The Romans put down the rebellion and then went on to conquer the rest of northern Britain.

During the post-Roman period, the province of Britannia Secunda reverted to a state more reminiscent of its pre-Roman tribal society. The civitas of the Parisi quickly became the kingdom of Deira. Rheged appears to have been formed from the civitas of the Carvetii. The Civitas Brigantium became divided into the regions or kingdoms of Elmet, Craven, and perhaps Brigantia, located on an axis from York to Catterick, plus probably others whose names have not survived. The original capital of Brigantia is unknown, Aldborough/Isurium Brigantia became the capital during the Venutius war, civitas capital of the Brigantes was then relocated to Eboracum (York) during the Roman consolidation of their northern territories.

The term Brigantia and the concept of the goddess Brigantia survived into the post-Roman period. John Koch has tentatively translated two stanzas of the poem Y Gododdin to read “as [?] Brigantia rose, ascending towards the sky” (A.58) and “the man who [?]went down into [?] Brigantia was slain on a spear shaft” (A.71) (Koch 1997:107, 113). Catterick, the site of the main action in Y Gododdin, was deep in pre-Roman Brigantian territory. 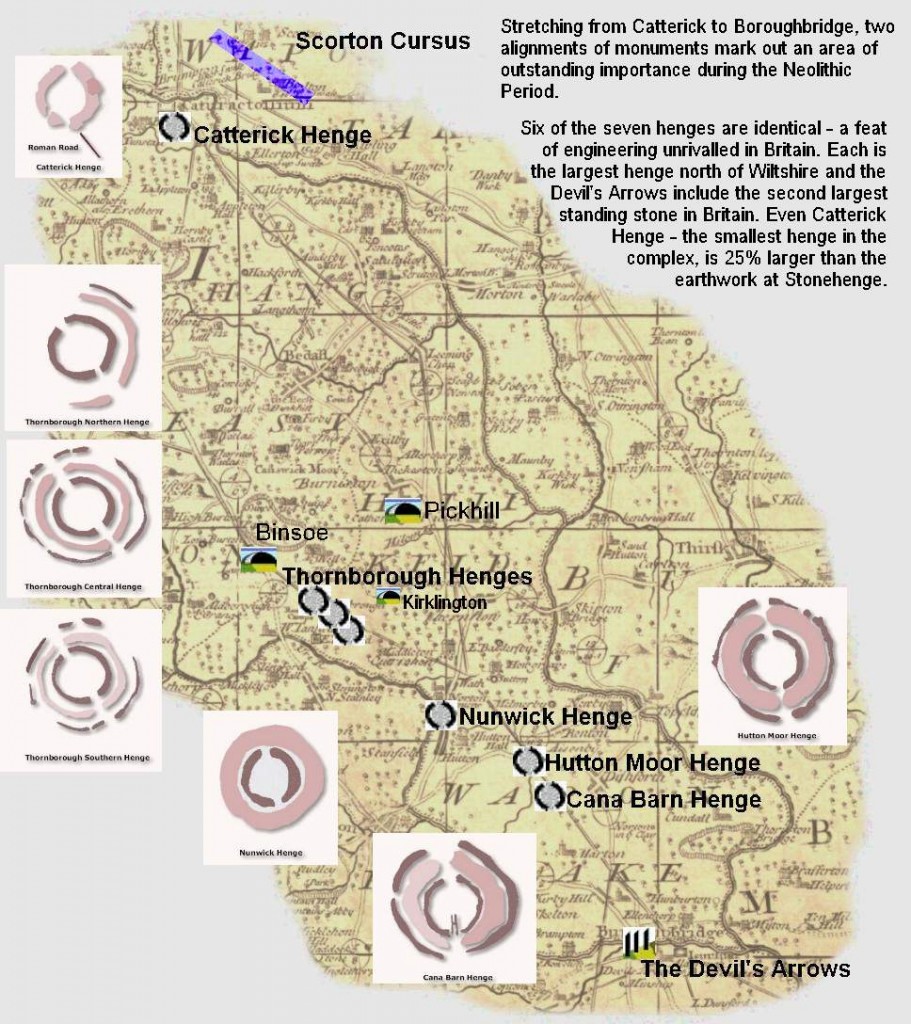 The "Sacred" Vale of Mowbray - Brigantia's Neolithic Capital? More than 2,000 years before the discovery and widespread use of Iron an unprecedented bout of monument building in the centre of Brigantia created the Britain's largest religious monument complex, a place that has been suggested as being Britain's religious capital during the Neolithic Period. Whatever...

The county of Northumberland

In the county of Derbyshire

The county of South Yorkshire 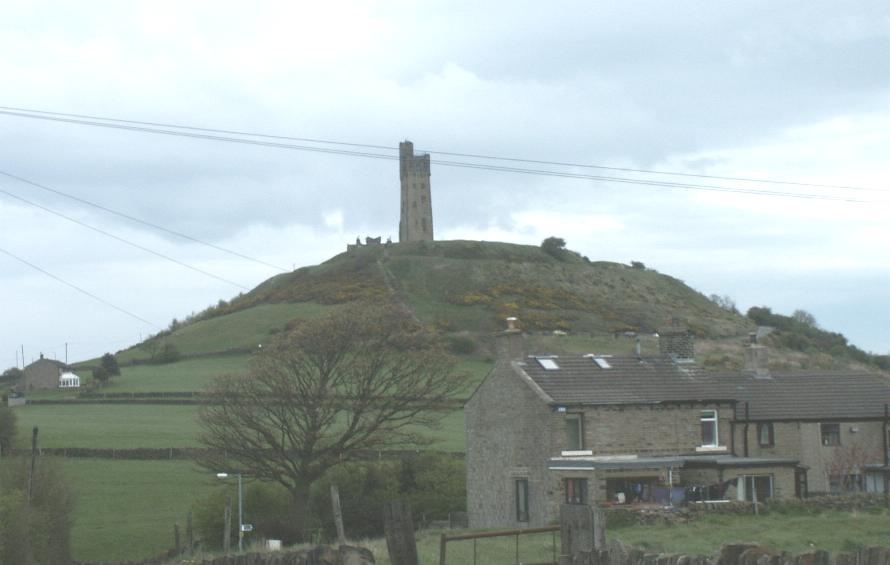 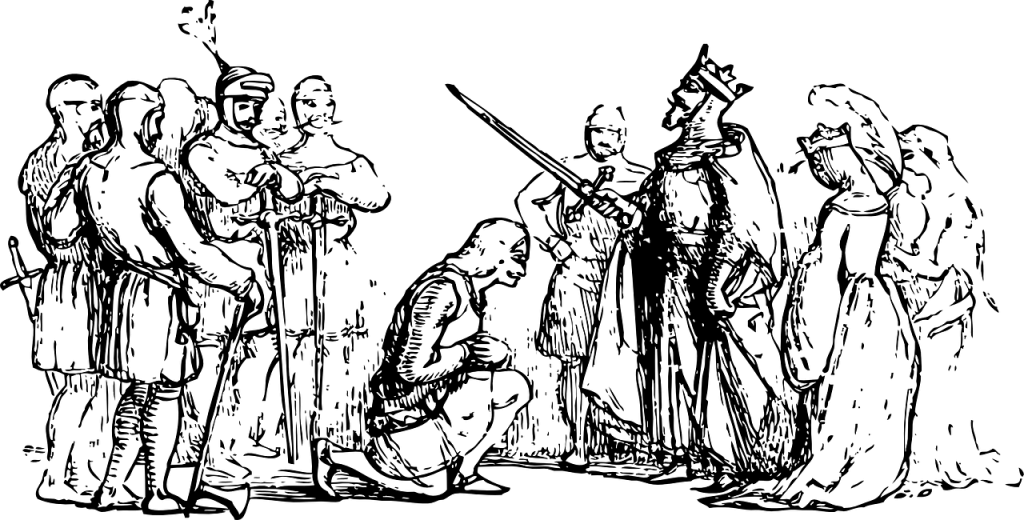 As a person of Welsh descent, it is disappointing to have to face up to the fact that the Welsh connection to the story of Arthur has been almost irretrievably subsumed by the enthusiastic input of a plethora of external sources.  The filigreed embellishments of an ever-expanding number of Arthurian afficionados have diminished the kudos...

The County of North Yorkshire. 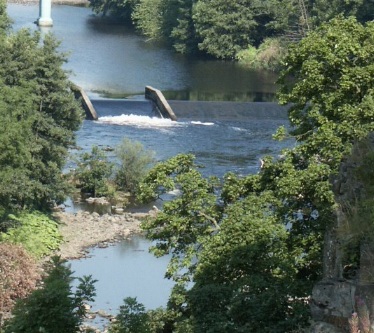 The county of Durham

The county of Cumbria 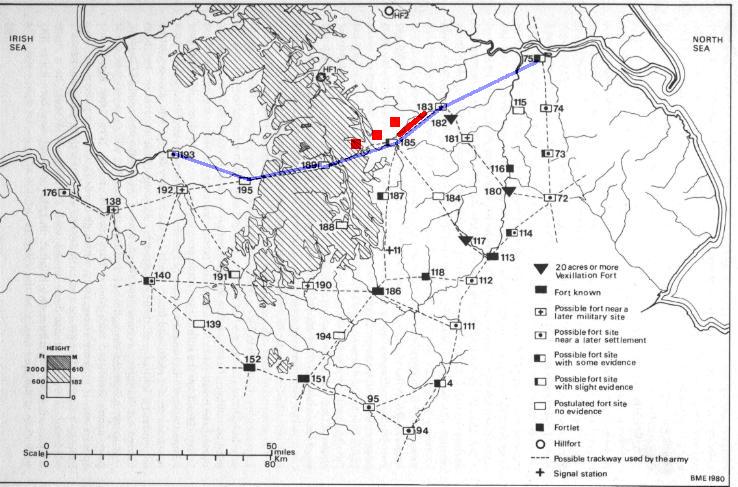 The Gallus Frontier - Roman Rig and associated Iron Age Forts     The Gallus frontier, outlined in blue, south of the line, the Roman fortifications, to the north, Venutius' kingdom. The Frontier changes made by Gallus In "Rome against Caratacus" Graham Webster put forward the proposal that Gallus was forced to remodel the existing... 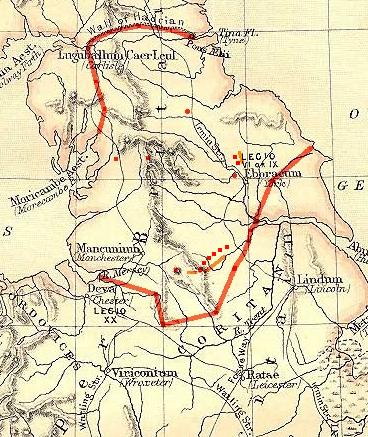 The Kingdom of Venutius - Brigantia - AD 69 "Inspired by these differences between the Roman forces and by the many rumours of civil was that reached them, the britons plucked up courage under the leadership of Venutius, who, in addition to his own natural spirit and hatred of the Roman name, was fired by...