The Cleave dyke system is several Dykes which combine to create a boundary of between 9 and 18 kilometres running north south to the west of Thirsk. To date excavations have found minimal dating evidence, but a pre roman date has been given which means if not built by Venutius the Dyke system was certainly available for use by Venutius. The Dyke itself is in close very close proximity to the hill forts of Boltby and Roulston Scar. Other dykes has been reported to the north and south of this system and it is therefore likely to have been used to define the border and to create a defensive possition against possible Roman (or Parisian) attack.

Interestingly this defence is some distance from the later Parisi – Brigantes border (other side of York) and may indicate (1) That the Parisii occupied a larger area prior to the Roman conquest, (2) Venutius moved the border to a more defensable position, or (3) the apparent “defending the barrows” position was deliberate, aimed a providing a defensive wall for the earlier Bronze age barrows. Or a combination of the three. 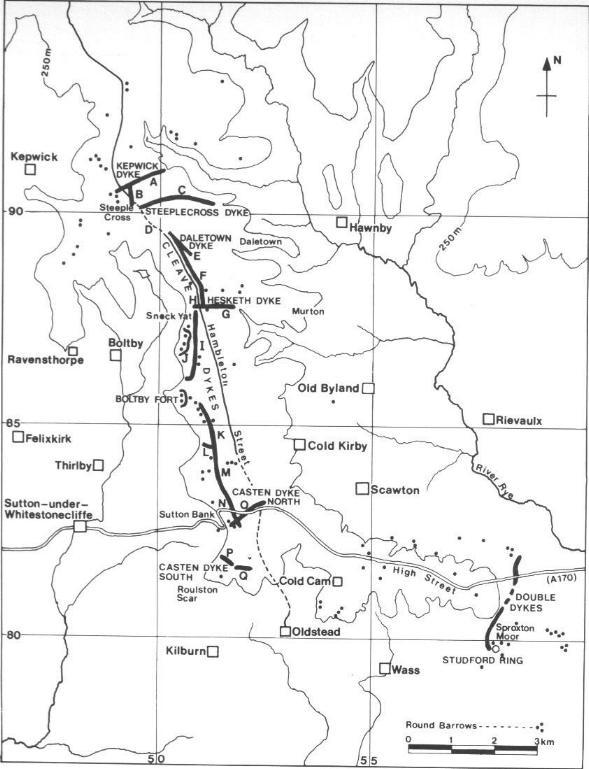