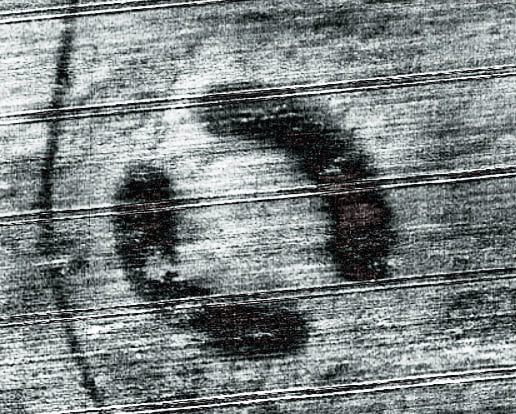 Maidens Grave, near Burton Fleming, North Yorkshire.
The HER record is here
https://www.pastscape.org.uk/hob.aspx?hob_id=79850&sort=4&search=all&criteria=maidensgraveburtonfleming&rational=q&recordsperpage=10
and is summarised as follows:
A henge located north of Rudston,
The henge was discovered as a cropmark on an aerial photograph in the early 1960s, although subsequent field investigation showed it to survive as an earthwork, albeit badly plough-damaged.
The monument comprises a sub-circular enclosure of around 98 metres maximum external diameter, featuring a ditch with external bank. Two broadly opposing entrances, to the south east and the north west, are visible.
A later small square barrow is visible as a cropmark within the henge, while another square barrow is visible to the north, and a ring ditch abuts the external southwestern side of the henge bank.
The record only comprises 2 square barrows, but our images, taken in the early summer, reveal a few more: if anyone fancies counting them do let me know where you get to!
The Henge was found to be associated with Beaker Ware, and is presumably from that period: so this enigmatic feature is approximately 4,500 years old.
Above text and Images supplied with thanks by YAAMAPPING 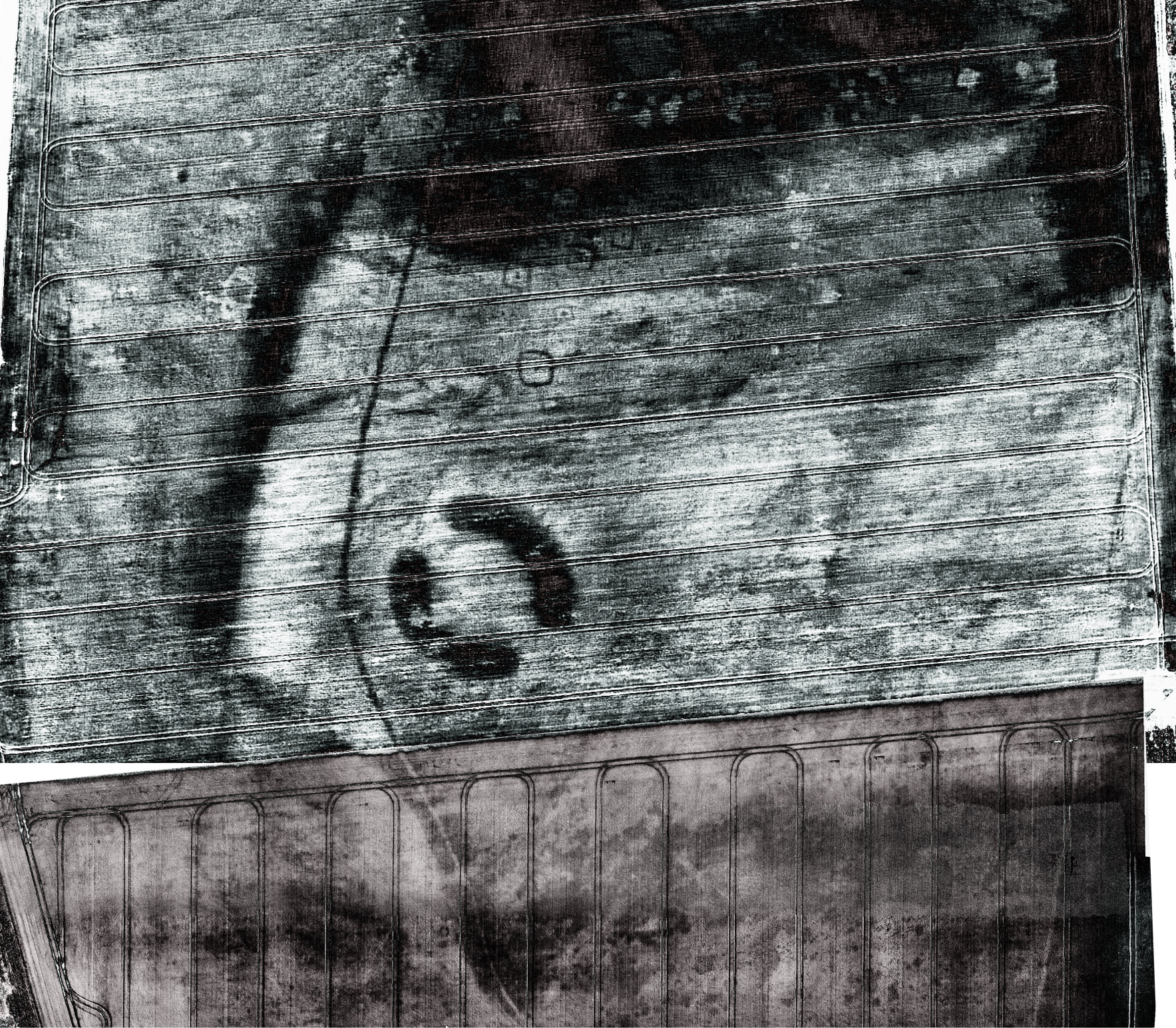 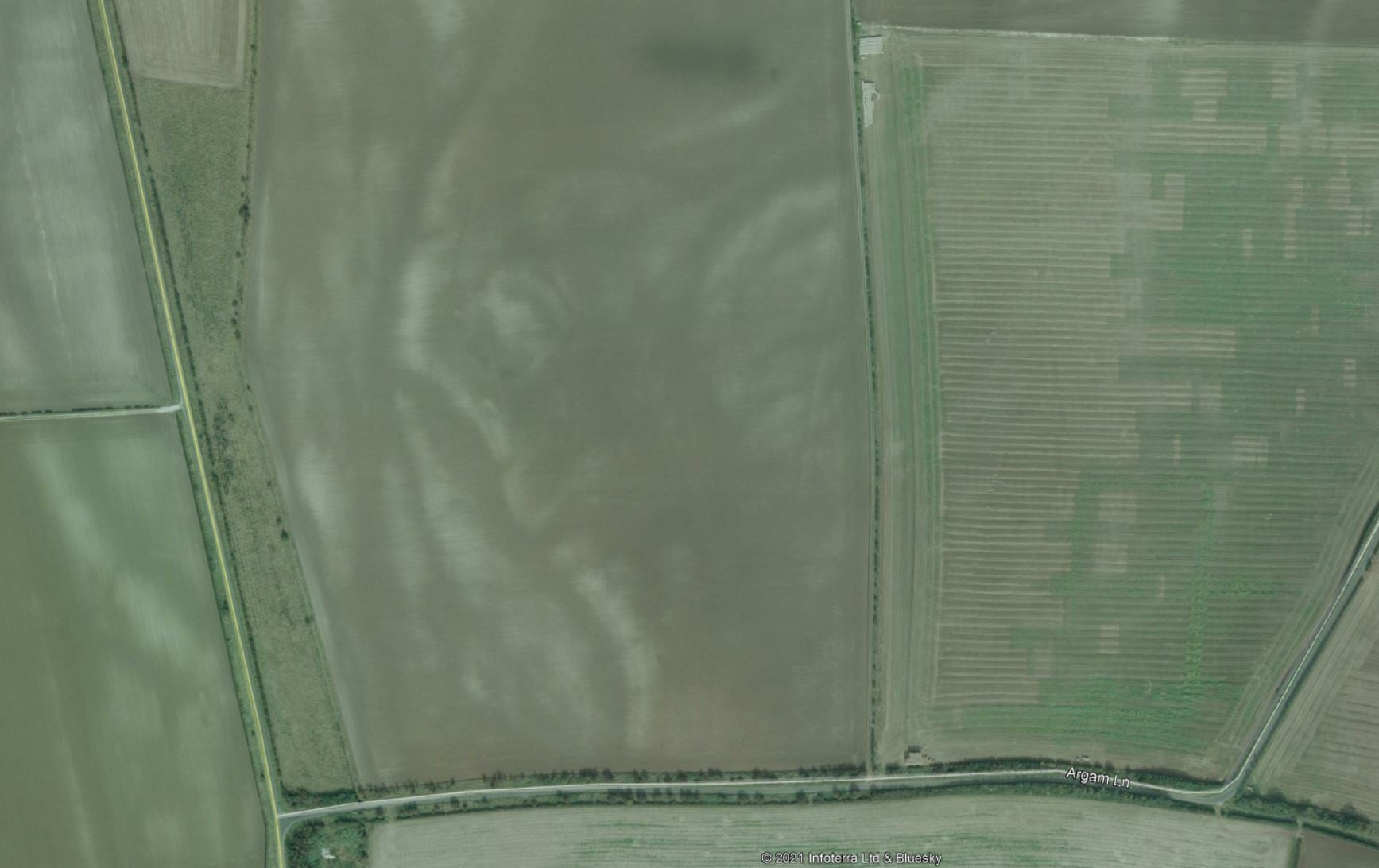 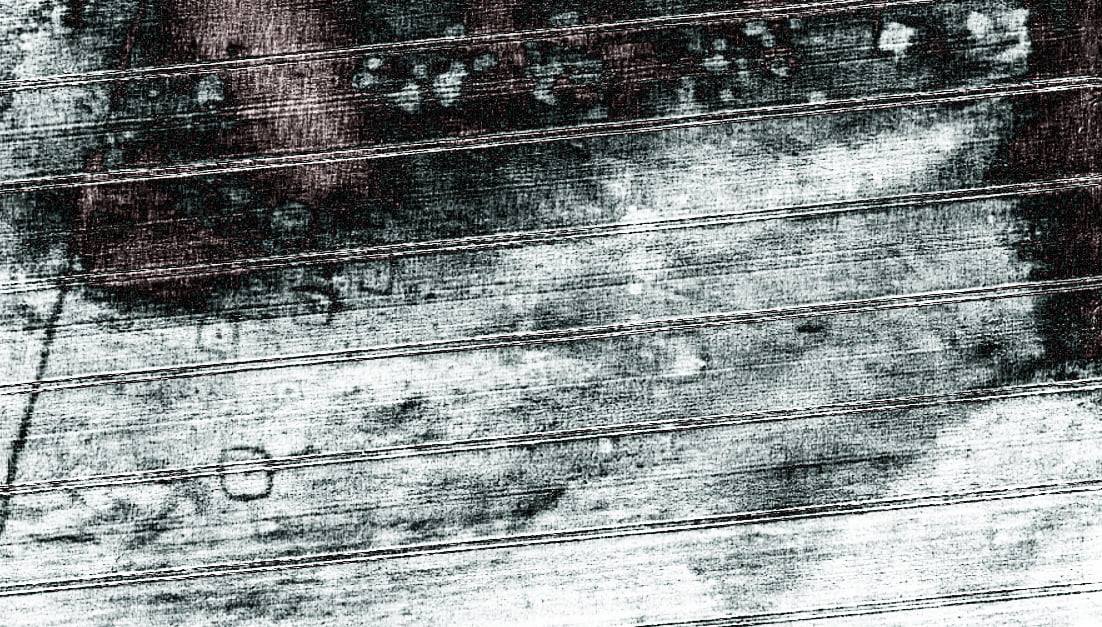