Malham, in old English, means ‘the settlement in the gravelly place’, and they certainly knew what they were talking about.
The village lies on the Craven district of Yorkshire, just inside the Yorkshire Dales National Park, an area of such outstanding beauty that, even in this outstandingly beautiful county it is singled out as exceptional.
The village lies, and its name implies, in the stoney rocky dales: the grass here is paper thin, the midgrey stones show like the bones of the earth, scraped and exposed by the glaciers, worn down and smoothed by their relentless advance, then grooved and irrigated by their retreat. The geology here is worn like an old coat, on the outside of the soil. 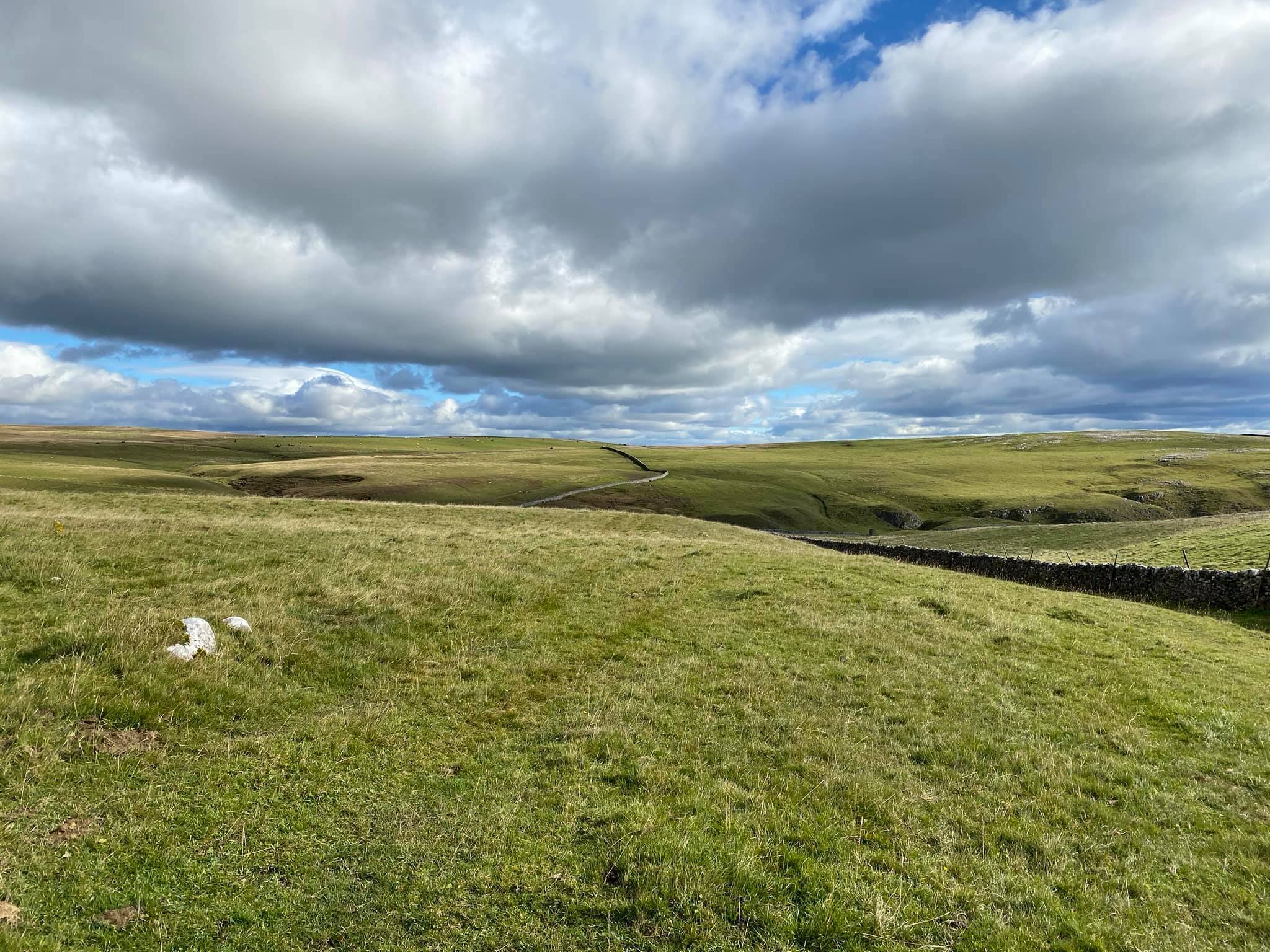 As you approach the roads grow progressively narrower. The villages, walls and farms are made of the same mid grey stone. Hard, and generally making few concessions to decoration of fashion these places are built for a purpose: shelter, warmth, protection. There’s not a lot of compromise here, there’s not a lot of softness.
The intermittent sunshine lights the moss covered tops of the walls that line the roads, a rippling patchwork of yellow light and darker shadow. The walls seem softened by the contrast, but wander too close and your car will be needing attention: no soft fences and hedgerows here.
Malham is a pretty enough place: the fields surrounding the village are filled with cars and the cars are filled with walkers. You don’t come here to be here, you come here to go onwards, usually up to Malian Cove and on to Malham Tarn.
Malham Cove is a wonder of the world: a great horseshoe shaped stone funnel: at its base a shallow river gushes out from whichever underworld it has escaped from, tumbles excitedly along the bolder filled riverbed and rushes happily down the valley narrowing and deepening as it goes.
The cove itself is then a three sided box of cliffs: a paradise for birds, climbers, hikers and walkers: and for those that simply wish to sit and stare at what Mother Nature, the glaciers, time and water can do when they wish to. This place is special.
Climb to the top of the cliff, avoiding the inviting edge, ignoring the incessant wind that tugs and pokes you, and you are standing on a natural pavement of the grey stone.
Riven by cracks that go down infinitely, flat and imposing, the top is like a horizontal cliff. Look to the south and the world is laid out before you: you can see forever, and forever looks right back at you. If you ever wanted to see what the world looked like from heaven this is where you need to be.
Nearly everyone reading this will have seen Malham Cove. This stone platform is where Harry Potter and his friends hid from their pursuers: the terror of the chase tempered by the magnificent glory of their refuge.
Beyond the cove is Malham Tarn, a great inland lake. Serene and cold.
Our Roman ancestors knew about his place. How do we know? Because they left a marching camp on the landscape less than a mile from the Tarn. 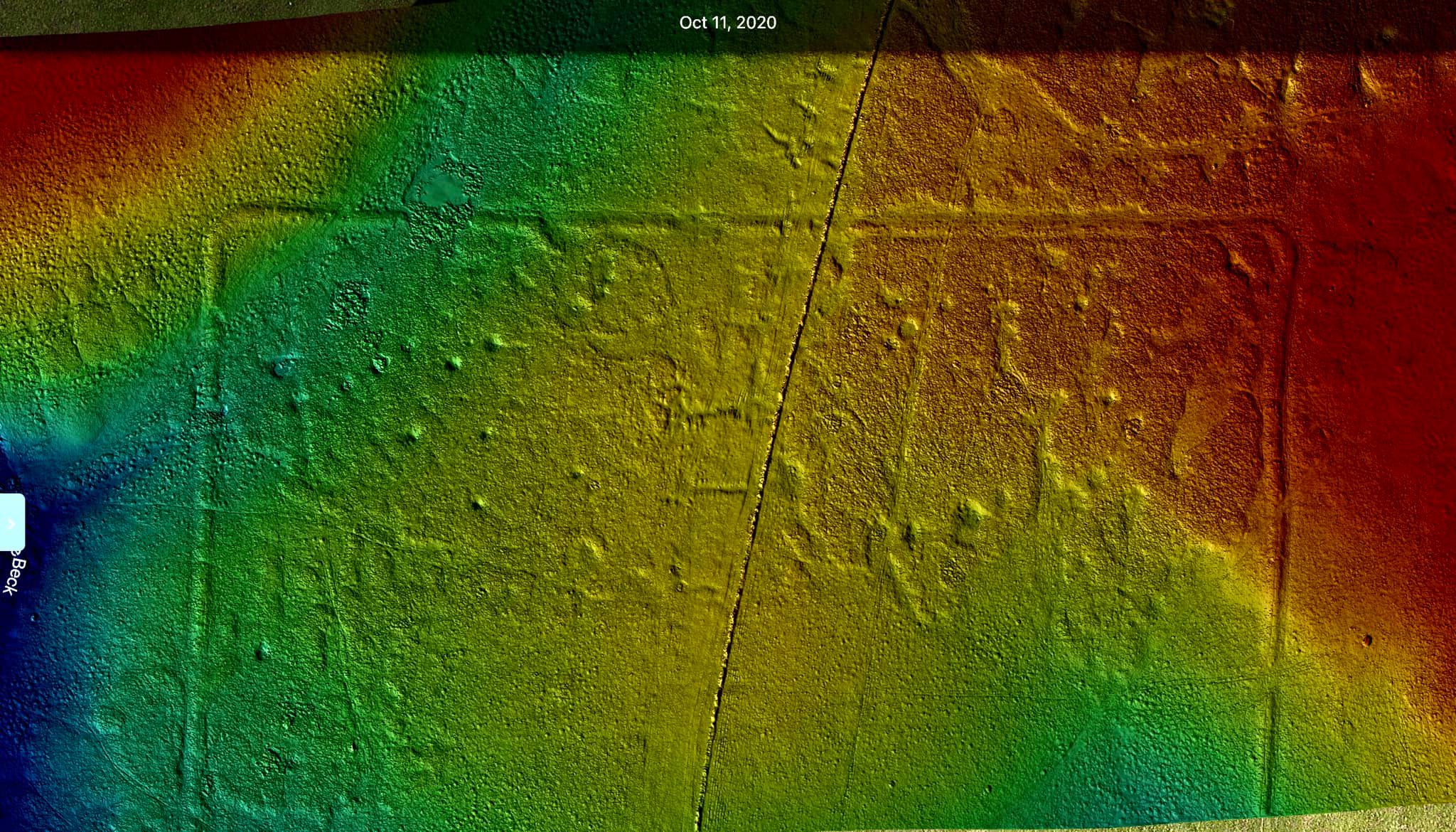 A Roman marching camp is a temporary fort: earthen walls a few feet high, surrounded by ditches. Possibly a simple palisade.
No buildings inside: the soldiers would have camped in their tents with their companions, looking for a dry spot amongst the tough grasses, sudden mud holes and occasional springs.
The forts are playing-card in shape, with gateways and rounded corners. This is where the soldiers stopped overnight, the earthen banks giving the illusion of defence to discourage the natives and the predators roaming the newly conquered landscape.
Every unit moving North from the great military camp at York would probably have stopped here: possibly thousands of raw conscripts marched past the great natural magnificence of the Cove and on to this spot, a flat 300m x 250m platform perched apparently on the peak of the world.
Had this camp been almost anywhere else it would have been long gone, ploughed away by busy farmers. But up here the only farming is lonely sheep and cows, the only erosion the wind and the sun, and so our camp remains.
The defenses are low now: only half a meter high at best, their lines vanishing into the overgrowing grass. But who could have imagined that such a transient place would have survived 2000 years of the English weather?
The enclosed images give a good approximation of the camp. Why only three quarters? Because a ‘technical issue’ has lost the rest. But there is enough to get the idea: a lonely and beautiful place, built by invaders, used by conscripts and resented by the locals, and now lost and forgotten, except for the few walkers who make it this far off the beaten track and the small herds of domestic animals that wander these high lonely places. And because of this it has survived for us to visit, and wander, and wonder what our ancestors thought about these high, lonely and beautiful places.
Above Text and images supplied with thanks by YAAMAPPING