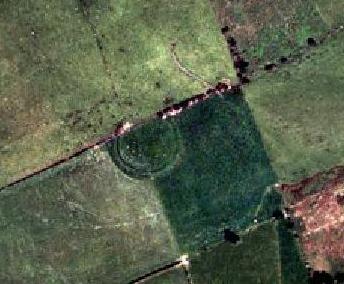 A superbly circular “fort”, built on the side of the hill, which seems to be a Brigantian fashion (see below). This is built with two rampart walls and a very narrow ditch between – 1-2m. If these were defences, they seem pretty slight. In it’s way, a miniature version of Wandlebury, but only about 200m circumference. 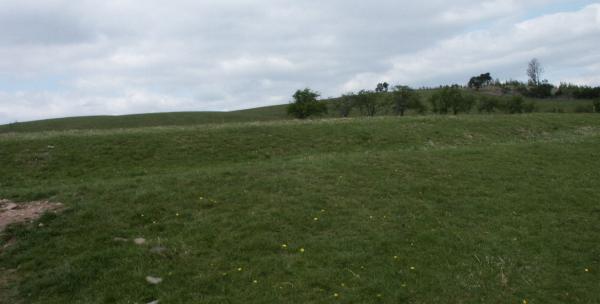 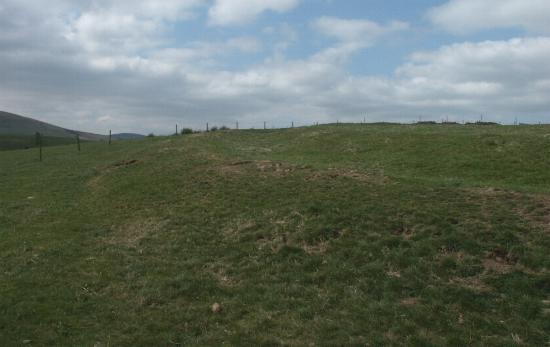 The very slight ramparts, with no outer ditch, together with the circular shape of the monument give this “fort” a definate henge feel.

“Maiden Castle is a defended settlement (probably home to a family group) of the 1st millennium BC. It would have been located within or near to arable fields. The enclosure is circular, has a diameter of about 65 metre and is defenced by an inner rampart, ditch and counterscarp bank. The ditchs and the banks, which may have been topped by wooden fences, would have been much more substantial to provide protection against attackers.

A few very low earthwork features are visible in the interior of the enclosure including two circular platforms of about eight meters diameter which may indicate the positions of circular huts, These are likely to have been of timber construction, with wattle and daub walls and thatched roofs.” From a sign by the earthwork. 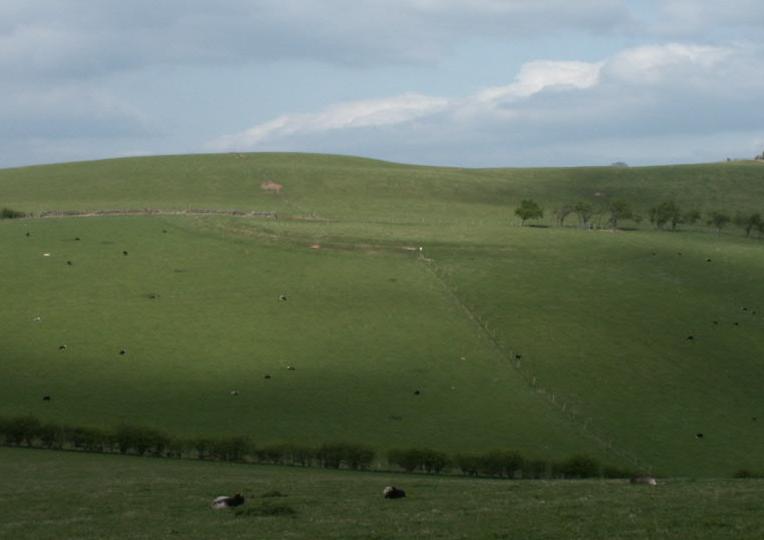 The location of Maiden Castle could not have been strictly for its defensive position, as can be seen fron the photo, its position made it vulnerable on one side and also meant the occupants had limited views of the surrounding area. If anything it hides amongst the hills.

This poor defensive positioning is an aspect shared by several other Brigantian earthworks of presumed defensive capacity, including  Maiden Castle (Reeth),  Stanwick (North Yorkshire),  Carl Wark (Derbyshire), Scholes Coppice (South Yorks),  Castle Steads (North Yorkshire) and quite a few others. This has caused a fair degree of confusion in defining what their purpose actually was. There seem to be several schools of thought on the subject, each may be correct for particular earthworks. These vary from seeing these as tactical camps not intended to be held in difficult circumstances, to being seen more as symbolic or even religious in purpose.