Mam Tor, seen from the east. 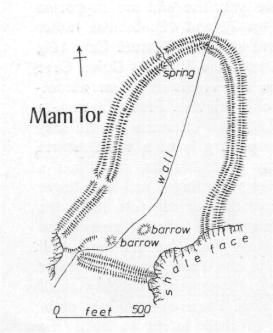 “despite is unusually high position, this fort contains traces of a number of huts, and on investigation these have yielded plentiful pottery, as well as charcoal giving a surprisingly early radio carbon date.

The defense is single dump rampart revetted by a stone wall in front (at least in places), and accompanied by a ditch an probably a counterscarp bank. It follows roughly the form of the hill enclosing 6.4 hectares, and there is an entrance at the north and south; the rampart is slightly in-turned.

The dwellings were of timber, probably round, on levelled platforms terraced into the hillside; the lower, built up half has been eroded away. The pottery is rough and almost all undecorated. Its character is consistent with the two radio carbon dates obtained, which indicate occupation in about the tenth to twelfth centuries BC, corresponding to the Late Bronze Age or even earlier.” D. Coombs, Current Archaeology No 27 (July 1971). 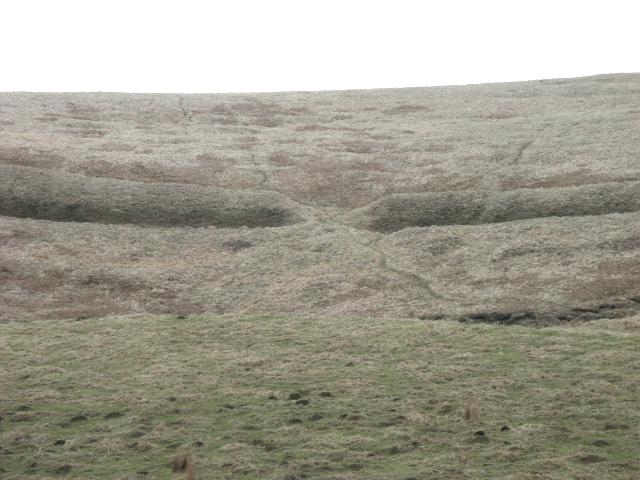 The western entrance to Mam Tor 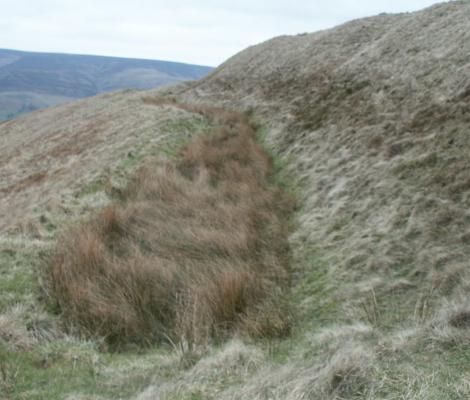 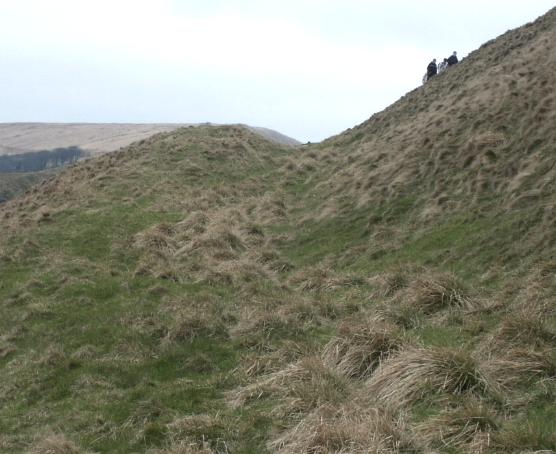