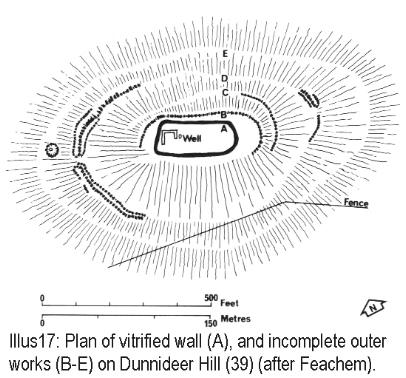 12 miles NW of Inverurie. Access to the group of monuments on Dunnideer Hill is by a signposted footpath from minor road from Insch to Clashindarroch Forrest about 1 mile W of Insch , off the B 992.

The Medieval Castle, the most prominent feature in the hill, stands inside, and is built from the debris of, an oblong vitrified fort, a maximum length approximately 70 m, which crowns the summit. Outworks, most clearly marked on the E, may be associated with this phase. Early features in the interior include a depression adjacent to the castle, which is probably the remains of a cistern or a well. A rectilinear building, set at right angles to the main axis of the vitrified fort, is certainly later in date. Further out and downslope, traces of slight banks and ditches can be noted: these represent an unfinished defensive scheme, almost certainly later in date than the vitrified fort. On both the N and S slopes, traces of what appear as small grass-covered quarry scoops, fronted by level platforms c 8 m in diameter, can be noted. These represent the stances for timber round-houses which may date from as early as 1200 BC. 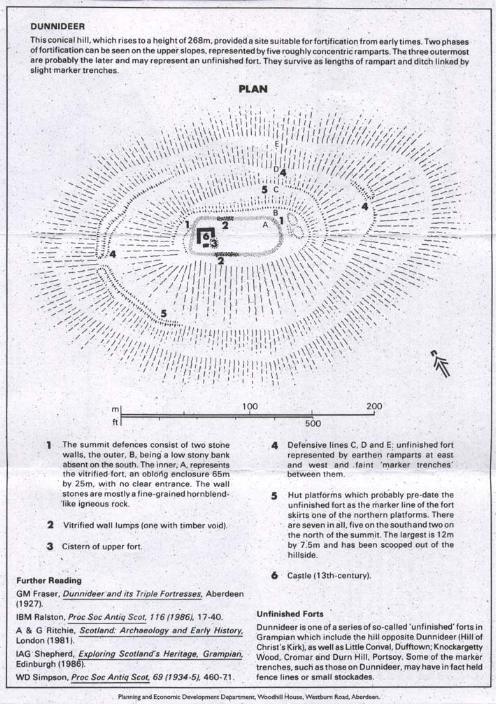 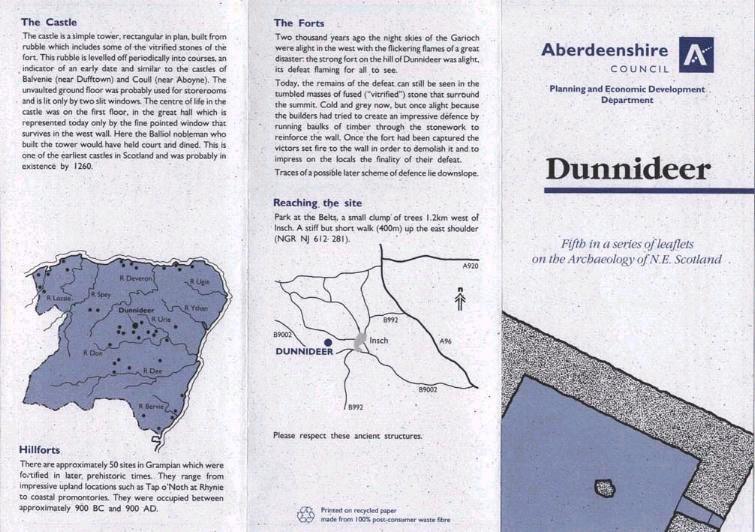