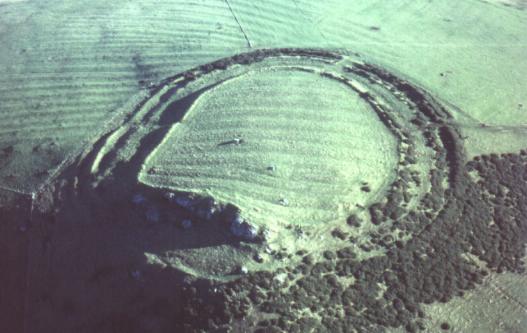 Site of a pre-historic fort also where the Battle of Barra was fought in 1308 between King Robert The Bruce and Comyn of Buchan.

'The most prominent feature of this site is the ruin of a very large and strong wall, originally timber-laced and now partly vitrified, forming and enclosure of regular plan with parallel sides and semicircular ends, area about 0.2 hectares. There is apparently no entrance. Outside it are some additional enclosures which can be best understood from the plan. These suggest that the vitrified fort has been built over the remains of an earlier structure. Essentially, this seems to have been protected mainly by natural crags on the north, and on the sides by a huge bank, mostly built up with material from a large quarry ditch set some way behind it, but also using a natural hump at the east end. The entrance was between this and the top of the crags. At the west end the irregularity of the ground combined with the superimposition of the stone fort makes it impossible to work out the arrangements from surface investigation; there may have been another entrance about here through the south bank. The asrtificial pool pool is outside the defences, for the banks which enclose it are very slight.' - AHA Hogg, Hill-forts of Britain 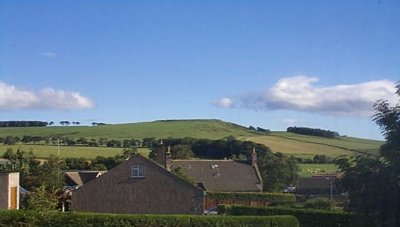