The county of Northumberland 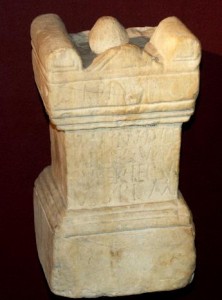 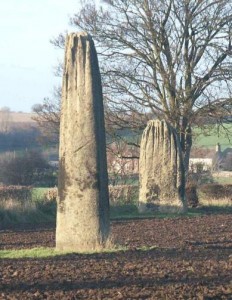 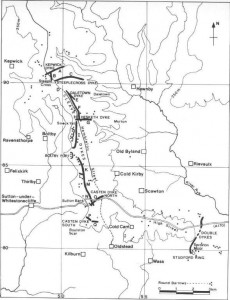 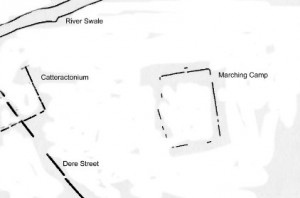 Analysis of air photography has revealed the almost complete plan of a feature. Thought to be a henge of similar nature to those elsewhere in the Swale-Ure valley. The bank of the earthwork was composed of river cobble and gravel dump construction. The cropmark remains appear to be the henge bank of some 140m in diameter. 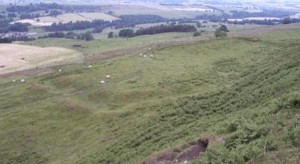 Castle Steads is a Hill-Side Enclosure seemingly built without worry of threat from the upper slopes of the hill it is built on. 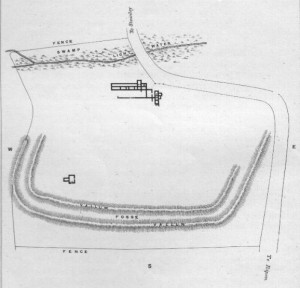 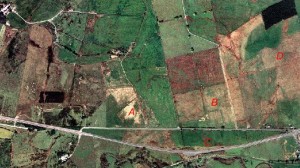