Wodens Law is actually the name of the great mountain that the Hill Fort is perched upon. Ok, so its not a mountain being a mere 500m high, but in this wild and desolate landscape it looks a lot more.
The facts of the fort are impressive: there are multiple levels of ditch and bank defences surrounding the peak. There are considered to be three phases of occupation: firstly, a wall enclosed a substantial occupation area, this dated to the first century AD. 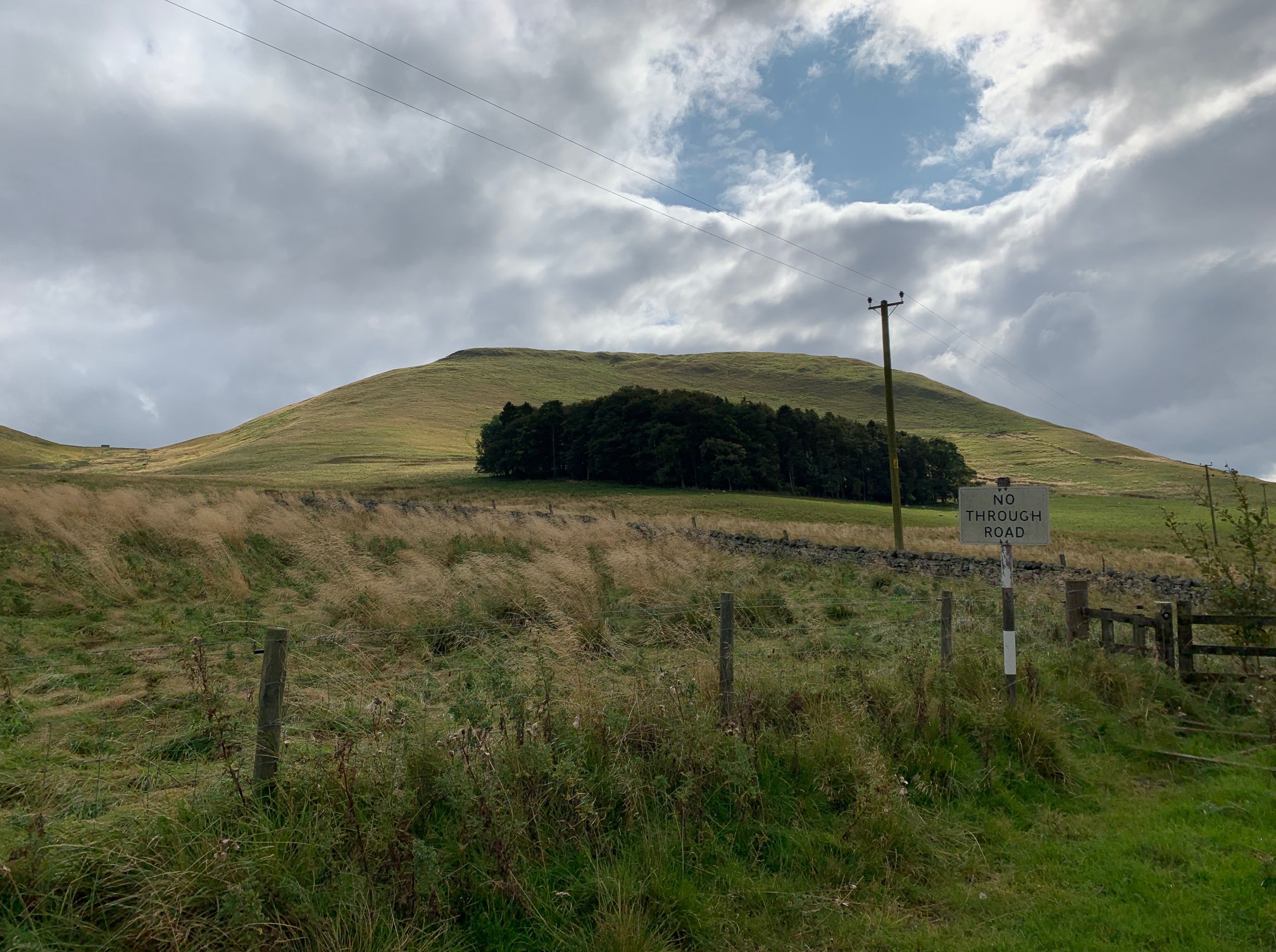 Secondly, about the time Agricola invaded Scotland in AD83 a second set of ramparts were built in stone and promptly destroyed.
The fort was abandoned after the Roman invasion until the third century when it was refortified with a new wall and reoccupied by at least three huts or round houses on the summit.
The peak is well fortified except on the extremely steep west side by 2 banks enclosed by 3 ditches.
Outside of these there can be observed by outer earthworks made up of three independent works and which wind their way in and out in short stretches. 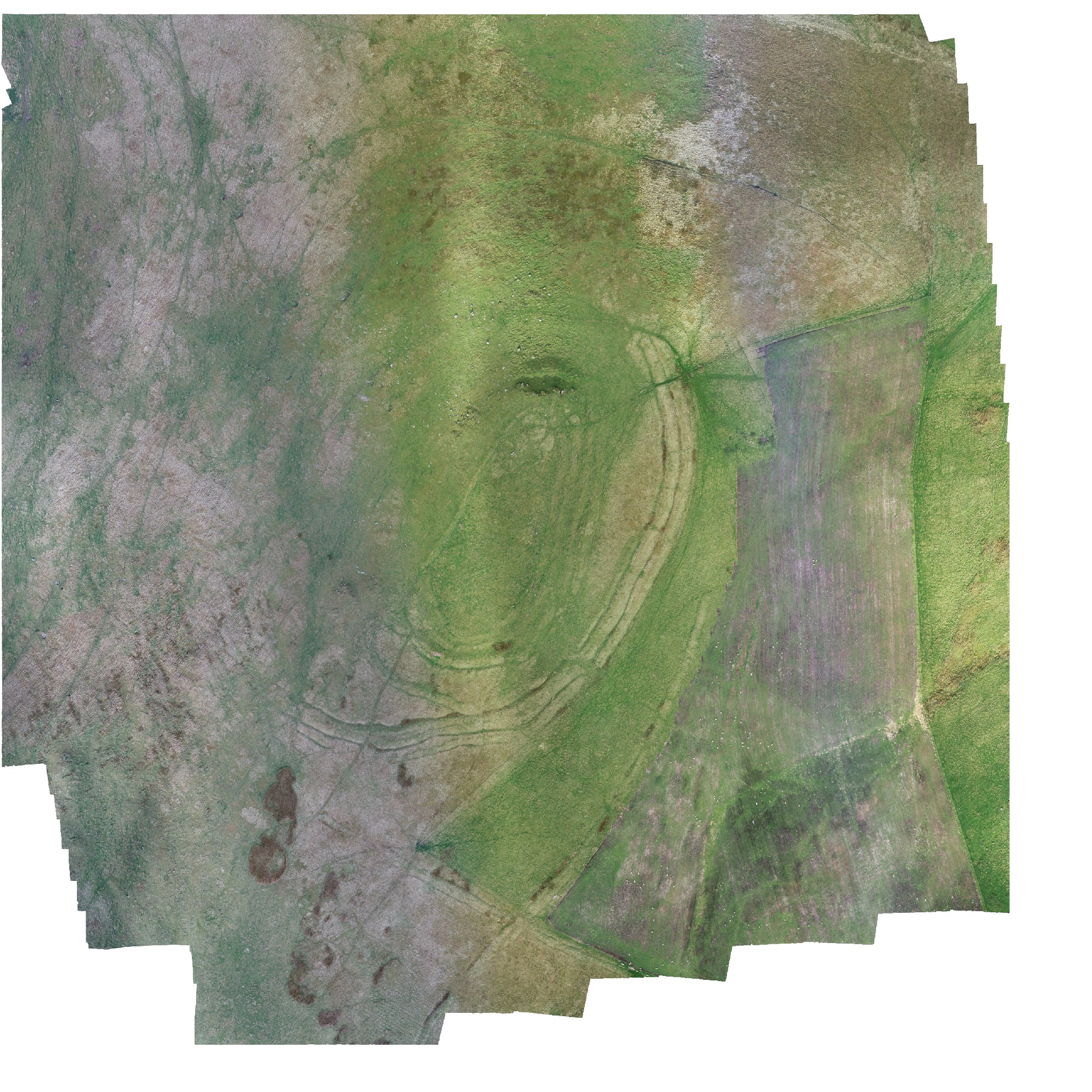 Outside of all of these and to the south are the clear and well-preserved remains of roman siege works: still winding their way around the more accessible side of the summit they remain as crumbling testament to the hard fought struggle to resist the Roman troops.
We arrived at Pennymuir mid-morning. Once the survey of the Roman Camps was complete, we decided to climb to the top of Wodens Law to survey the peak, the adjacent enclosures and try to spot the track of Dere Street winding its way north to the East of the hillfort.
Realising that (with, it has to be said, some substantial shock) that there was no lift, and armed with a backpack, drone, controllers, iPad, phones, drinks, and a strong inclination to be in the pub, our intrepid team abandoned the Bright Orange Mini Mapping Machine (now accepted as the coolest car in both British and Scottish Archaeology) in a convenient river (dont ask) and slogged on upwards. 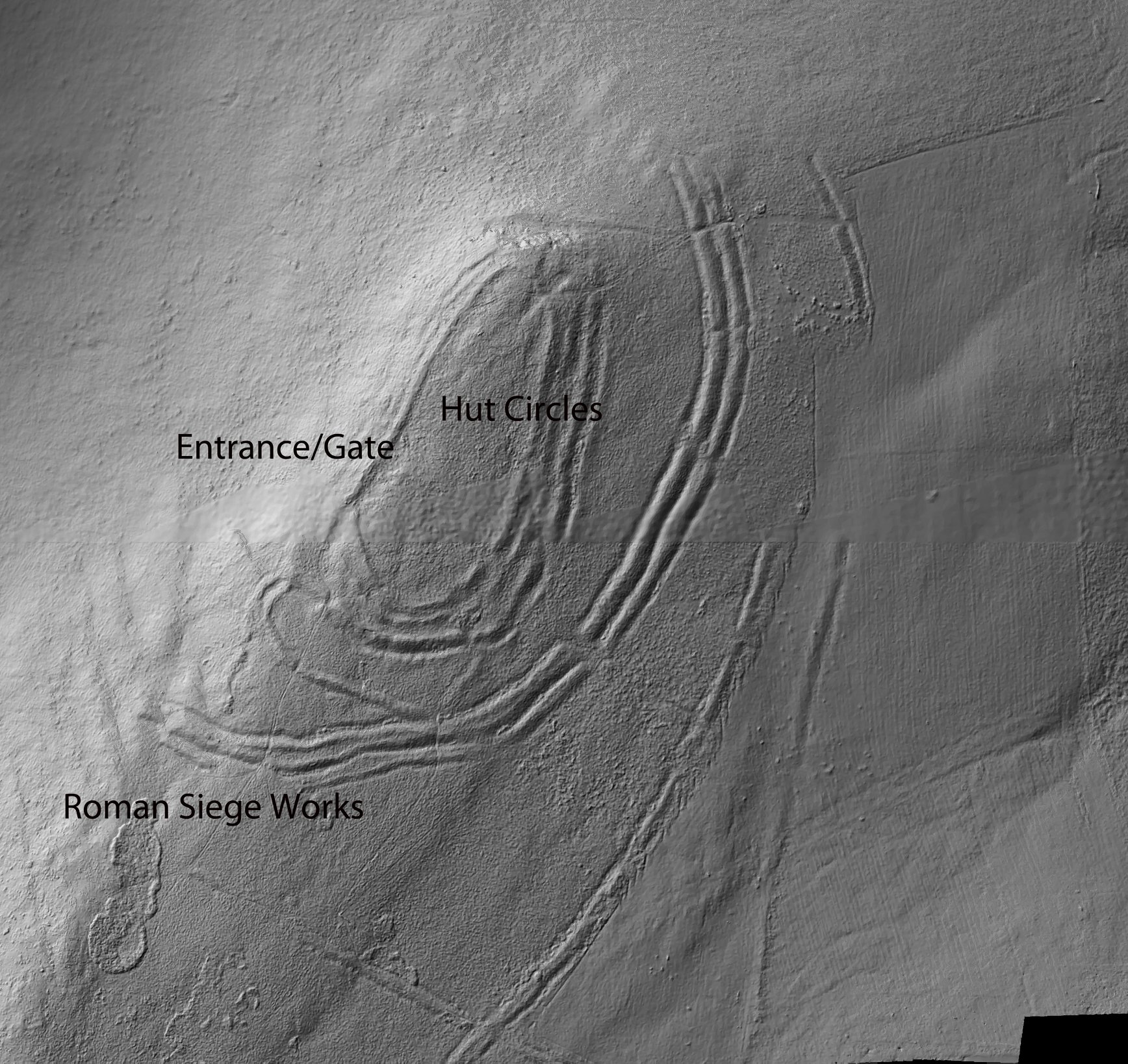 Luckily our companion was keen to explain and admire the scenery which allowed the team to prevent actual death occurring by taking a break every few steps, and after mere hours of trogging through grass, water, holes, sheep poo, unidentified death traps, sheep poo and sheep poo we reached the top.
And what a reward was in wait.
The air was cool and clear, the sun out, the clouds floating sedately on a stiff easterly breeze. The air was fresh and sweet, silent and golden. 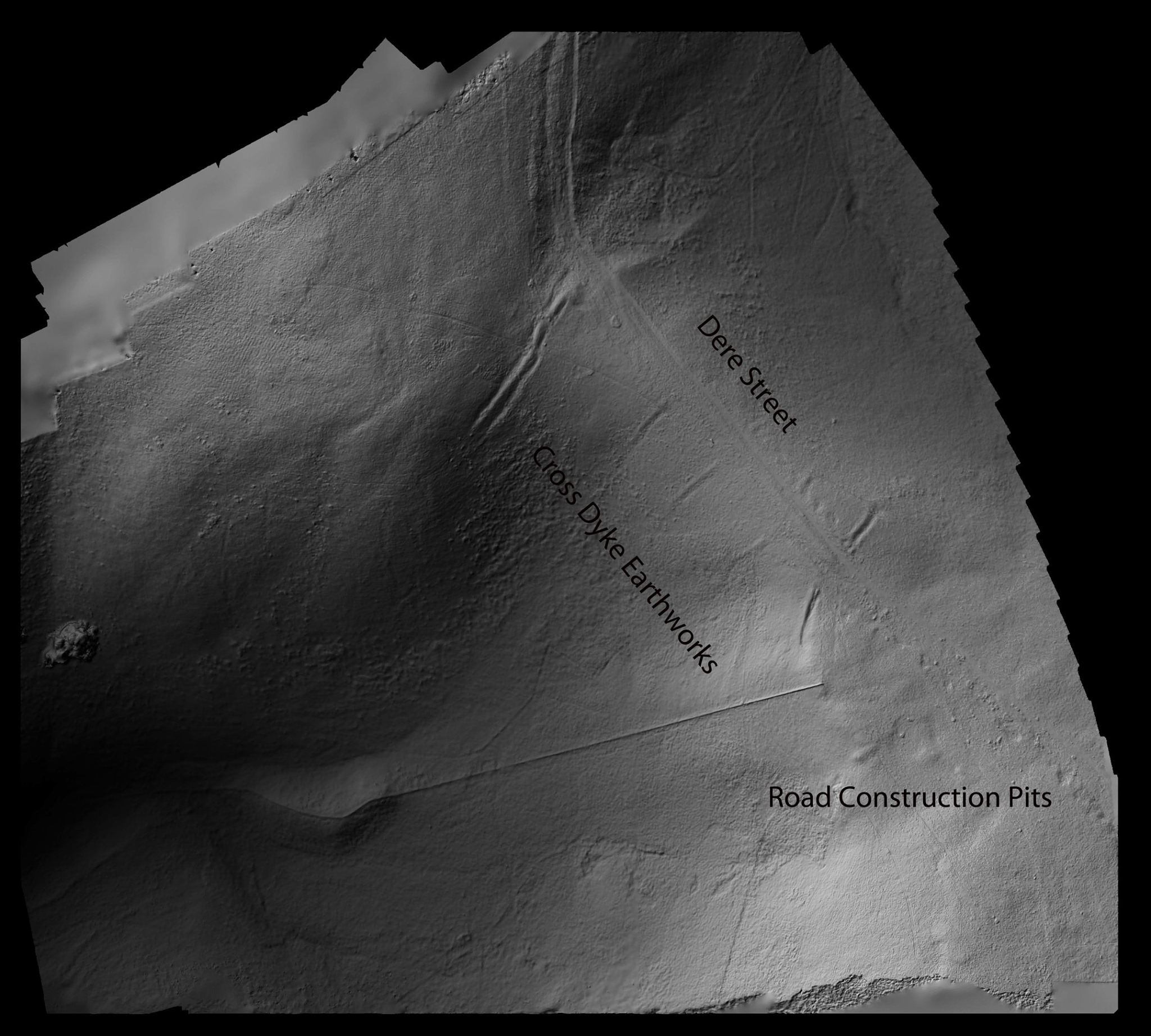 The drone was unpacked and set to do its thing over the peak as we admired the defences, including the amazingly well-preserved entrance way to the south west.
We and walked all around the peak, admiring the substantial banks and the deep ditches, and examined the Roman Siege works.
Across the valley to the south we could indeed see the Roman Road – Dere Street – winding its way through the peaks.
We could see the pits where material had been excavated to make the road and, on the below elevation models, you can clearly see the earlier cross dykes, neatly bisected by the road when it was constructed over 1900 years ago.
Clearly mere photos would never serve justice to this incredible place, so we have prepared a Sketchfab model so you dear readers can experience and admire the great fortress of Wodens Law yourselves, but without the inherent risk of heart failure bought about by the climb.
Below you will find the photos, the elevation maps and the interpretation.
Please enjoy, and as you admire the landscape try to imagine the screams of the birds as the only sounds you can hear from this enigmatic and magnificent monument to the determination of these people to resist the relentless march of the Roman Military machine.
https://skfb.ly/6NExr
Text and images supplied by YAAMAPPING