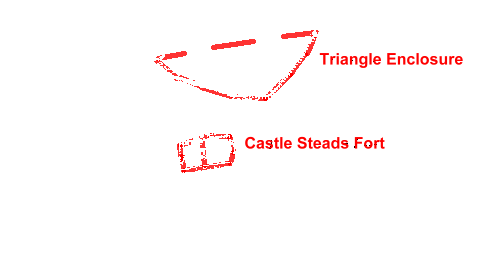 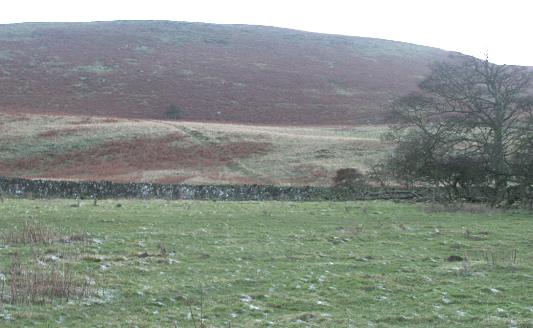 The western side of Castlew Steads.

Its location is on a steep hillside, not at the top but halfway down.
It is a large enclosure, almost certainly constructed before the arrival of the Romans, assumed to be iron age in origin 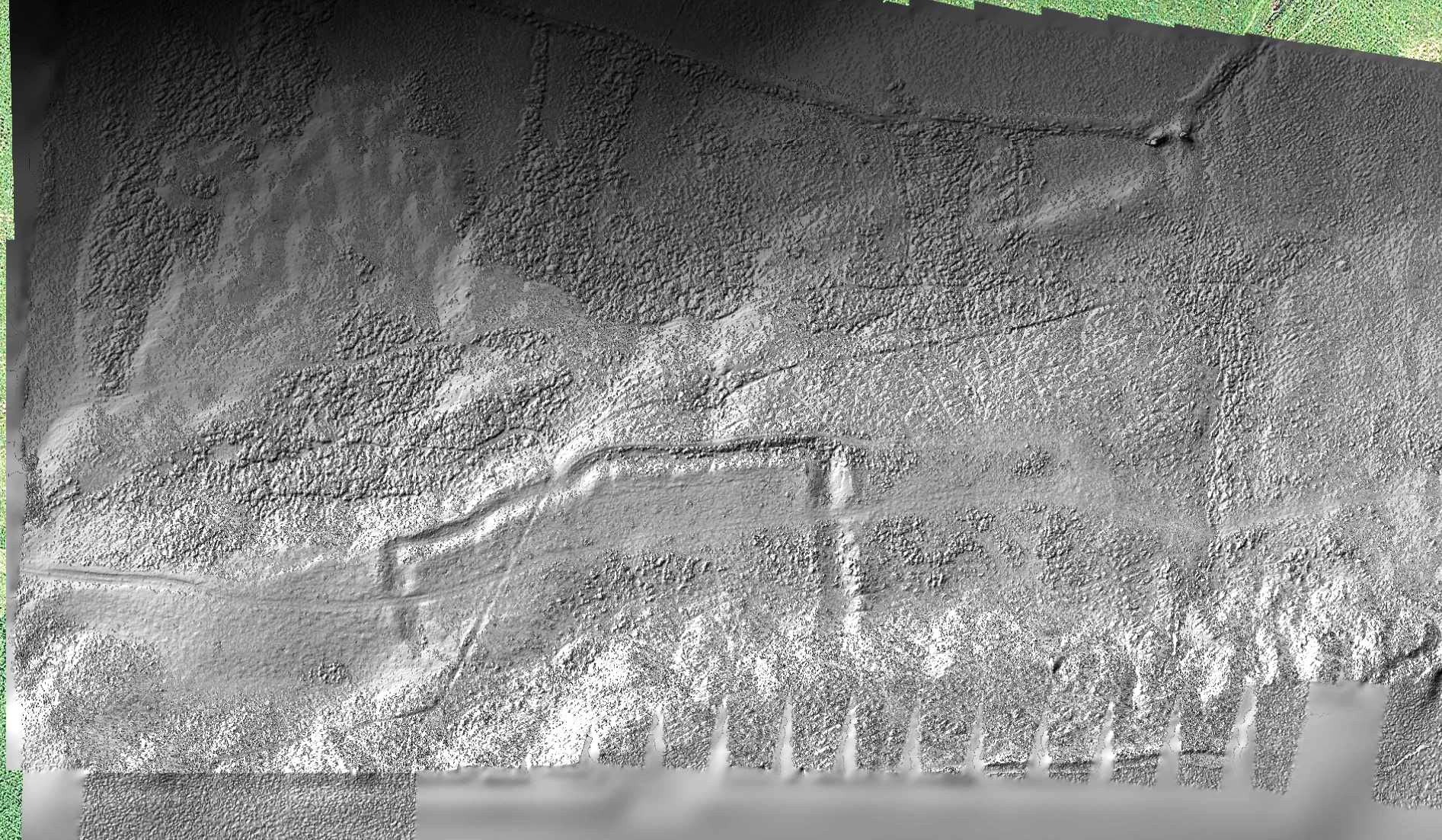 In size it is 100m internally by 40m, with earthwork banks all around the edge. It looks like a fort, but its position overlooked by the higher slope makes it indefensible.
The well-constructed banks and the location, perched on a narrow ledge high on the moor, indicate a huge effort in construction, but why?
Perhaps it is a Brigantium relic: that tribe of native Britons who’s changes of loyalty during the Roman occupation are the subject of many posts and texts, and who occupied a huge swathe of land all across what we call both Yorkshire and Lancashire. No one seems to know!
So we set off to have a look for ourselves.
Knowing access was by no means easy the team tried the approach from the North, but the pathways were unclear, and the walls imprisoned us as we tried to climb.
We gave up, and tried the approach from the east and things went much better. The indicated pathway led along a dried-up stream bed, a tumble of rocks marking the route of the now gone waters. As we tracked along the boundary wall it became clear that at some distant time rocks had been placed to mark the pathway we were following. Hawthorn trees marked the way too: their twisted trunks melded into the hard stone walls until wasn’t clear if the wall was bending around the tree, or the tree around the wall.
Eventually we reached the junction in the path and started to climb: up 250m following a modern wire fence until it too was crossed by another similar. And there we could go no further.
Stuck 200m and 2500 years from our target we had to stop: the sun was hot, our feet were soaked, and it was lunchtime.
So we launched the drone: not from the structure but from behind our prison of field fences, and we watched as it faithfully mapped the site for us, able to go where we couldn’t.
When it was done we sat for a while and reflected on the pity it is that farmers don’t find it in their hearts to allow access to our heritage in these high lonely places, and how much we are losing by this reluctance.
These places belong to us all, and by their very remoteness they tell us their stories and our history.
The view across to Middleham was astounding, and we have tried to show you some of that, the view to the south was nothing but the great bank of the hillside, with the earthworks cut roughly into it.
So: what is it?
It could be iron age: it could be considerably older. Some claim it is nothing of the sort and that its age is closer to our times than the prehistoric origins claimed for it.
And what is Its function? It could be for livestock, to protect this four-legged wealth of the tribe from wolves and other less romantic predators. Or perhaps it is the grand centre of a tribal leader, one of the many that made up the vast racial mix of the Brigantes.
Or possibly, given its location and outlook (just LOOK at that view) it was for lookouts: a place help guard against incursions, invasions, and other unpleasantness.
Whatever it was it was built to a plan and it took huge effort: evidence enough that it was important to those who were responsible for its construction.
Places like this remind us how our past may have looked, but they also remind us how quickly we can lose our heritage, our history. And they remind us that despite all our advances we still know so little about our ancestors.
So: Prehistoric? Iron Age? Roman? Medieval? Who knows!
Perhaps it was a settlement, a fort, a castle, a lookout post or a cattle pen. Again, who knows.
But we do know it is left to us in trust, and it deserves our respect and our protection.