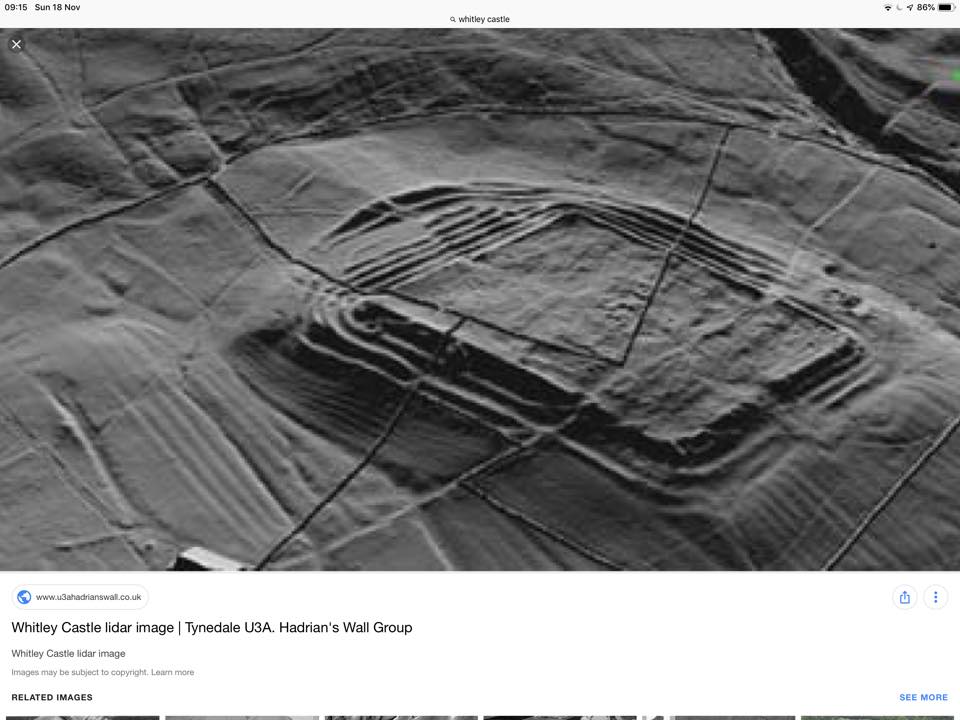 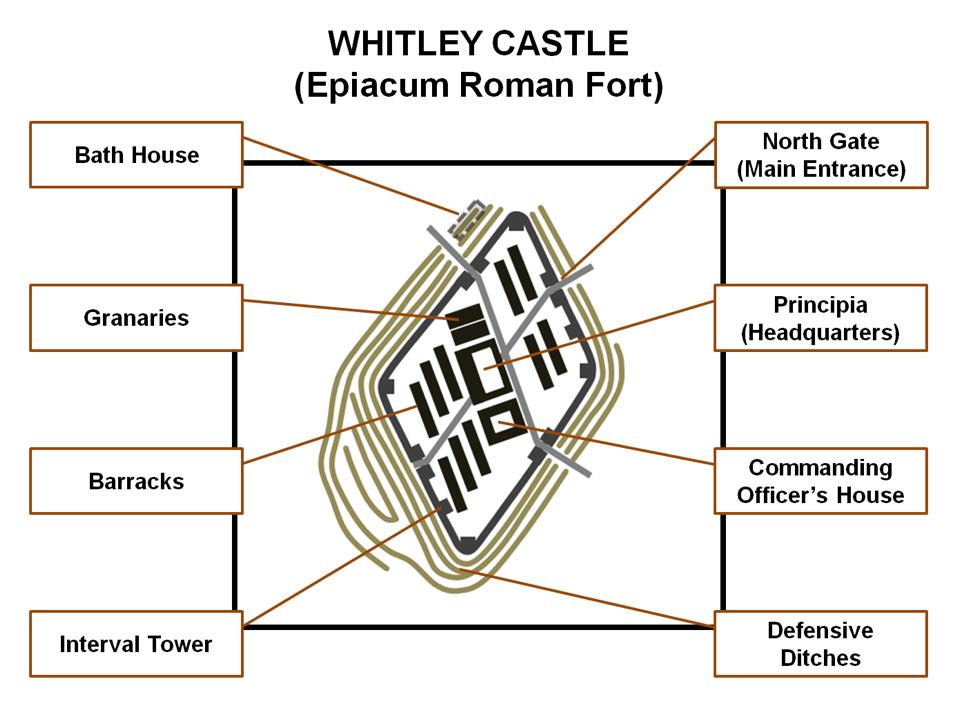 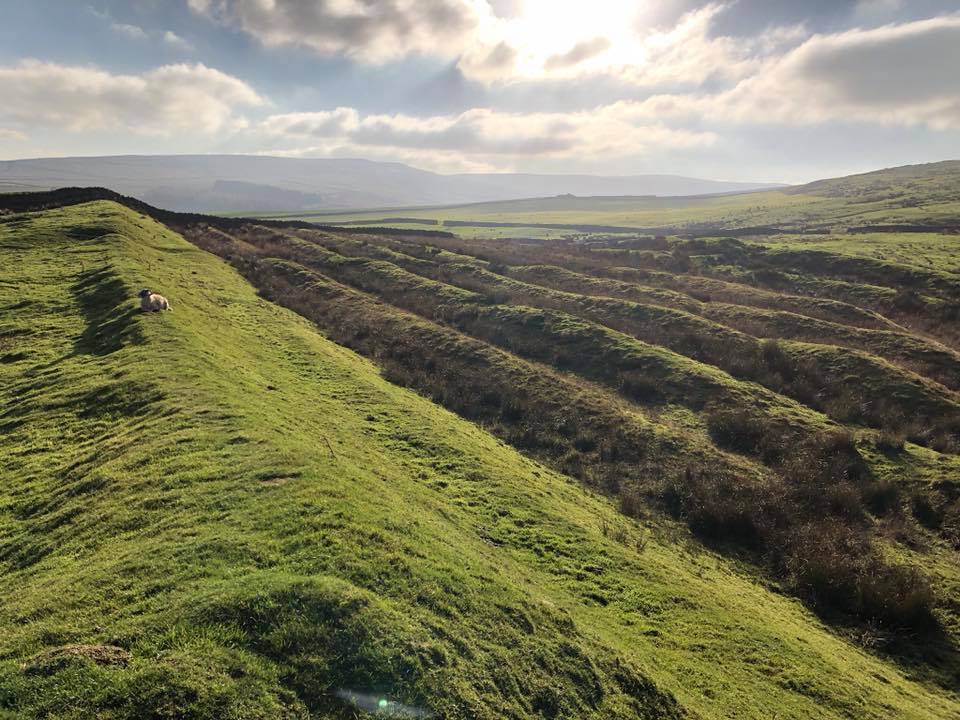 And what a setting it is: crammed between the grass and the sky the fortress sits on a high ridge above the Road, imposing itself on the surrounding countryside. The remains of the defenses are like green frozen waves rolling out from the walls and the remains of the corner towers are so clear you can practically still see the chilled garrison huddling around the fires, avoiding the chilly winds racing across the bleak beautiful fells. 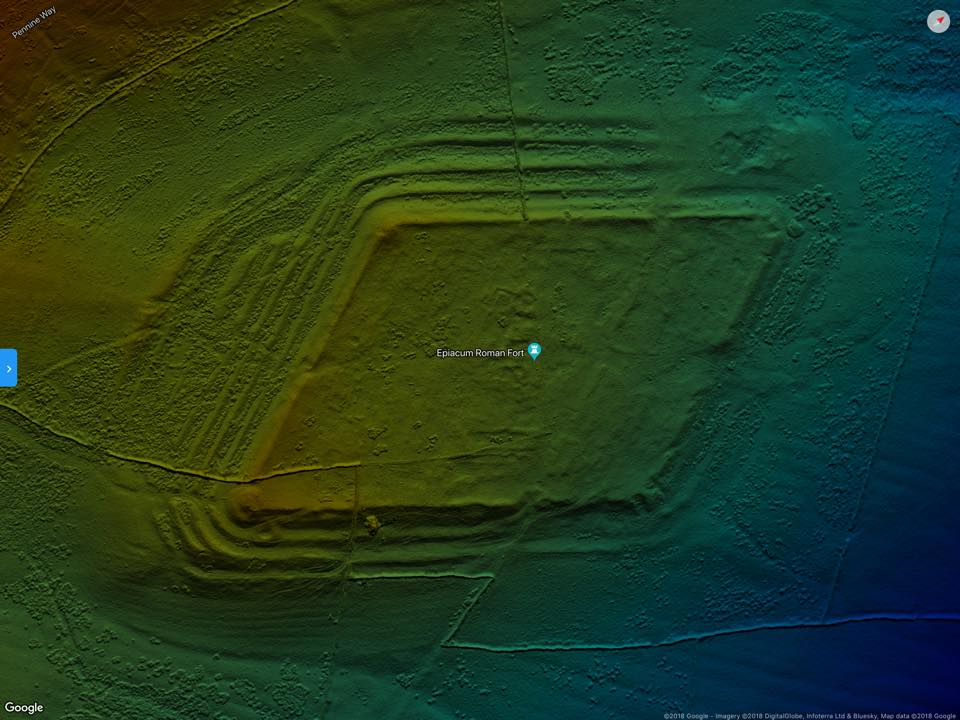 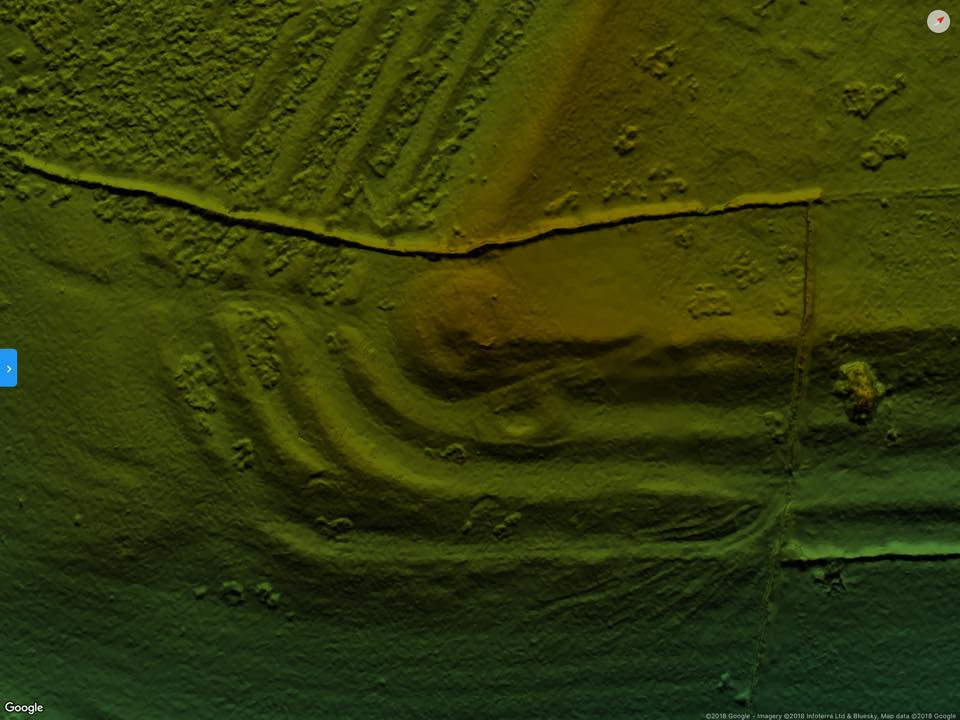 The location is narrow and so the fort is less a rectangle and more a lozenge. The overlooking fells were clearly of sufficient worry for the various commanders to keep his lads busy adding to and complicating the banks that run away in rolling damp grassy undulations from the fort, but aside from a few isolated farms and an RAF fighter or 2 we reckoned the builders of this place would easily recognize it today
The only locals in sight were wooly, the only people were us, and the only sound was that of the drone and the wind, and we could have stayed forever. A place we will definitely visit again, and if you haven’t then take my advice. Do.
Text and images kindy supplied by YAAMAPPING